This explanation of the anti-inflammatory effect of the pyramid is mere theory. But when applied in practical reality, it causes astonishment to both the therapist and the patient. The treatment of inflammation with pyramids is so effective that it leaves obsolete all chemical medicines, being a powerful and fast anti-inflammatory in the use of both pyramid and antipyramid. Without side effects, it has already won first place in all hospitals in Cuba and many private clinics in the world. Inflammation is caused by rupture of capillary vessels, disordered accumulation of organic liquids, obstruction of ducts (veins, arteries or any other conduit of the body) and by the entrance to the epicentre of trauma or infection of various components of the blood.

Most inflammations due to obstruction cause severe dysfunctions and must be treated urgently, but inflammation produced - for example - by a sprain, a blow or an external wound, can be reduced very quickly with a pyramid. In its pyramid mode (place the affected member INSIDE the pyramid) or in antipyramid mode (using the field formed below the base.)

Differences between "pyramid and antipyramid."

A sprain of the ankle treated with a pyramid - caused by poor footing, twisting of the foot, tearing of ligaments and sometimes dislocation of the bones - hardly present inflammation at first, disappearing every symptom in a few hours. In very severe cases of sprains with awkward circumstances of bones, it's necessary to accommodate the bone, and nothing is better than an osteopath to do so. But if that extreme doesn't exist, in any sprain, it's only necessary one or two days of rest. The body only needs to keep hydrating and resting; So - without giving up normal life - we can fully recover. The anti-inflammatory power of the pyramid will prevent normal swelling by about 80% during the first hour, 95% afterwards, but also doesn't present the side effects of chemical anti-inflammatories (which are incredibly harmful to the digestive system). There is a natural, non-steroid antiphlogistic effect (because there is no chemical invasion) produced only by the molecular restructuring of the water in its first phase, that is to say, when the molecules are not even yet releasing the electric energy verified in laboratory.

Some who sleep in pyramids have had experiences of sprains and similar and didn't present the usual inflammation, even occurring after 17 days of not sleeping in the pyramid. In Cuba, most hospitals treat the sprained with antipyramid, requiring only two days, with sessions of 50 minutes every two hours of an interval, avoiding the use of antibiotics, anti-inflammatories, corticoids, etc. If the patient rests as prescribed, it's no need for casting unless there is a fracture to immobilize. However, perform at least two sessions, before casting in those cases, because otherwise, the plaster will be hanging after the inflammation decreases with the therapy.

The pyramid effect diminishes inflammation because:

A) Cells are being accommodated and multiplying faster to complete the organic pattern because they have stronger molecules. We can say that the anti-inflammatory power combines with the cicatrizing one.

C) The increased solvency of body water facilitates the circulation of all fluids and enhance the influx of new blood that will nourish new cells, preventing the accumulation of liquids at the site of the lesion, which in addition to the absence of bacterial infection, results in the reduction of inflammation at the area in cellular recovery. 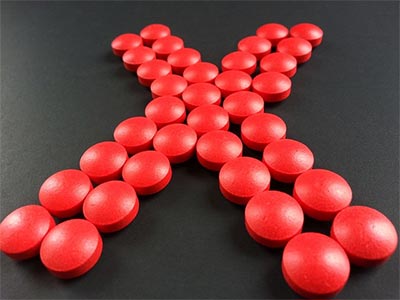 Considering the bacteriostatic and myorelaxants properties, in addition to the integral relaxation of the nervous system, the pyramid brings results in every therapy, which makes chemical anti-inflammatories unnecessary. In various painful situations from odontalgias to ankle sprains or rheumatic processes, in which any of the systems or organs are involved in isolation or combination, the causes of inflammation are:

1.- Irritation and or Injury: Organic liquids (not just blood) overflow from their normal channels and locations, causing embalming, abnormal dilation of the affected part.

2.- Infection: Almost always, caused or not by irritation, there is opportunism by bacteria and other microbes - when they are not the direct cause of the inflammation - that take advantage of the rupture of the membranes and organic tissues, as well as the situation of the weakness of the cells directly injured. It results in a more significant overflow of liquids, which turns complicated by a more disordered space in the body, facilitating further microbial attacks. The need to reduce inflammation of the area becomes urgent in almost all treatments, not only to mitigate the pain but to stop septicemia as much as possible. Besides the antibiotics, the allopathy administers chemicals that produce muscular and nervous relaxing at the cost of serious injury in the stomach mucous and the intestinal flora, even when the administration is via intramuscular injection.

We don't rule out the use of allopathy for many cases, or as a reinforcement of an emergency therapy, but to such an extent is the pyramidal treatment effective - for example - it is unnecessary to cast a sprain, or to apply antibiotics in the vast majority of wounds.

To delve deeper into the subject would require physical explanations, especially in the quantum field, concerning microbiology. We recommend the books of the Spanish Dr. Fernando Chacón Mejías for those who wish to delve into etiological factors, as well as "Revolución Terapéutica de las Pirámides."