BIONS, ORBs or POCKETS OF NEUTRINOS

The Bions, also called Orbs (biological orgone), are agglomerations of neutrinos, fundamental subparticles of our material universe. Wilhelm Reich called them like that, although he didn't know they were neutrinos because, in his time, quantum physics was in diapers. As today, but with less academic poop and more interests-free research.

When children play, when adults dance and have fun, more orbs appear in the photos. Let's see why. First, we address the issue from the physical point of view: These "luminous spheres" that only appear in photos and some videos with infrared, not usually visible to the human eye, are actually agglomerations of subparticles. 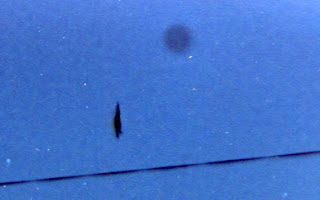 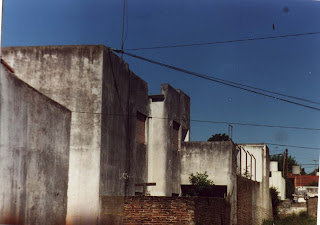 They are mostly neutrinos, but there are others. When the balance is minimal in neutrinos, and others abound, it's called DOR (Deadly Orgo or orgone), and these are not luminous, but appear as dark spots, sometimes "oily," promotes reproduction of black fungi and infectious bacteria, leaving the walls black and causing physical and mental illness, as in a population in 2002 where these photos were taken. In less than 300 meters of that street, about ten people suffered serious mental illness.

Let's continue with explanations about this physical phenomenon that has generated the craziest theories.

They are not intelligent entities, even if sometimes they respond to the animal and human psyche present. The truth is that it's practically inert matter, but when they are bions (they appear clear in the photos), and they contribute to the restoration of atoms, completing their quantum deficiencies.

Although it seems that atoms are very stable, in reality, they are, like galaxies, undergoing internal changes. Some of its subparticles have changes analogous to the stars; they expand, explode, and gather again. An electron is similar to a large set of galaxies, revolving around a "Great Attractor" (As above, so below) as the Hermetic Law of Correspondence says, which you can see in the Metaphysical Table of the "Testamento de todos los Tiempos." And there are the neutrinos, in all that microcosm (surely analogs in the macrocosm as well, such as the mysterious Quasars) willing to take the place of any missing particle, modifying its behaviour in four possible states: electronic, muonic, tauonic and Tauonic T (the latter is the most stable). Curiously, in the macrocosm, a star also has four possible states.

These clusters of neutrinos are abundant in nature, and although they don't always agglomerate, or they do in tiny sets, they travel in fabulous amounts through space. They agglomerate by the pyramidal effect, with a pyramid or not, because the pyramidal effect also occurs in different measures throughout nature. In some cases "false bions" may appear as a product of raindrops or dust motes, these are rare exceptions, since the vast majority (99.4% in my more than eight thousand photos, are undoubtedly real bions, unrelated to particles of molecular character.

Our pyramids are high technology, a product of empirical research, but the Great Builders of the past came to know them and apply them by knowledge of quantum physics. We have just rediscovered all that. We deduced it to the extent that we managed to relate the study of neutrinos, with the "curious property" that the pyramids have to accumulate them, making unnecessary many of the underground facilities where the "official" scientists study, spending many millions of dollars each year.

The pyramids we use are actually a natural product, although we use sophisticated technology, high purity aluminum and knowledge that wasn't available a few decades ago. We use them to produce in greater quantity and intensity a series of hyperabundant effects in the cosmos. Among them, the higher accumulation of neutrinos, ORbs or Bions, which are constantly repairing the quantum deficiencies of our body's atoms, making the molecules more surfactant and perfect, less vulnerable, more functional. Let's extrapolate this to DNA, ADRN and all those that make up our body.

The correct structured water molecule is shaped like a pyramid. The H2O monomers meet in groups of five, and with their magnetic tension lines (a combination of weak nuclear energy and strong nuclear energy, which in algebraic sum determine a gravity factor at the molecular level) form a pyramid of 51º 51 '14 "(ideally), forming the true molecule of water.

What the pyramid produces in macroscale, is a phenomenon that occurs in the most intimate of vital nature, because the adequately configured molecule of water eliminates free radicals, dissolves other molecules that aren't part of a natural model or pattern (organic molecules, crystals, etc.) but at the same time, accumulates neutrinos, which helps to restore balance in atoms with quantum deficiencies.

Apart from all the functions of water as an organic liquid, the correction that produces in the atomic order is what we perceive as "greater vitality" when we are on beaches, rivers, streams and waterfalls, as well as in the shower. The vitality we feel is not limited to mechanic and organic factors from the point of view of traditional physics.

In the pyramids we manufacture, with the same perfect proportion of the most natural, abundant and universal pyramids (those of water), which benefited by the effect called Magnetic Sympathy of the Form, from where the magnetic field of the Pyramid, affected by the Earth's magnetic field, rearranges the molecules of water and finally surfactant all matter exposed to the pyramidal field.

Consequently, the artificial pyramid enhances the vitalizing effect of water thousands of times by reorganizing and structurally optimizing its molecules. That's why the pyramid is so important, that's why the most remote and advanced civilizations that preceded us, left us a legacy of disseminated pyramids all over the world, especially on the "zero" isogonal or its fringe (the isogonal are lines of equal magnetic declination, phenomenon that slowly changes the direction of the compass by the wobble of the planet's magnetic poles). On the isogonic zero, there is no declination; the compass will point the same throughout the millennia, that's why the large pyramid complexes were built on them.

Only by understanding this reorganizing function of the pyramid, we could understand why they were built all over the world, so big (in China there are about two hundred that can be seen with Google Earth and about six hundred more than we have references, but they are in ruins or outside the images with good definition. And only understanding that quantum effect of the pyramid, we can understand its benefits in all kinds of rheumatic and degenerative diseases such as multiple sclerosis, ALS (amyotrophic lateral sclerosis), ataxia and other ailments in which only extraordinary results have been achieved with this technical and scientific marvel.

So the "bions," or ORBs, the organic energy of Wilhelm Reich, is nothing more than pockets of neutrinos as a surplus of the accumulation of water molecules. They can be found in some very dry places, but they come from underground rivers, from a few dispersed molecules in the air or from living organisms such as plants, animals or people. The water molecules in our bodies also accumulate orgone, and this has to do with people's emotional attitude. The nervous system, through its electrical impulses, reorganizes the molecules of water; that's why sports or dance are so good as practicing sex in relaxed and stress-free conditions.

PHOTOS OF ORBS, BIONS AND OTHER SIMILAR

It's impossible to post all the pictures I have; it's even difficult to select some among thousands, about twelve years taking photos at a rate of five or six a day during the trips, day, night, at home, in the forests, seas, lakes, etc., and mainly before and after installing a Pyramidbed.

In these images, we have the Director of the SEIP (Spanish Society of Parapsychological Research), Don Pedro Amorós, at the 2007 meeting where credentials of the entity were delivered and conversations about institutional aspects, about the technical advances for the investigation and the conclusions of Some interesting studies.

The place, a hotel and restaurant in Sant Vicent del Raspeig, stands out for its almost aseptic cleanliness. No dust in the air or anyone sweeping around.

The environment generated by the cordiality of the whole group and the emotions stimulated by the theme, can be, together with the geobiological conditions of the site, the cause of the production of bions, which came out in the more than thirty photos I took personally and from other attendees.

Our body has approximately 68% water as body weight. In other words, pyramidal molecules capturing and accumulating neutrinos, which once agglomerated form the famous bions or Orbs. When we are happy, excited, our nervous system - which has electrical activity, it's harmonized through a complex electromagnetic mechanism, and all molecules tend to orient to the North-South axis.

The SEIP stands out for the honesty and absolute impartiality of its members as well for the strict methodology in its studies. That's why it hasn't ruled anything yet regarding ORBs, in which there are various criteria and theories. Therefore, Gabriel Silva, which is only an occasional collaborator and also an impartial observer of its activities, doesn't write this on behalf of the SEIP, but on a purely personal basis.

Let's keep seeing pictures of bions. Here a small selection of the hundreds of photos sent by my friend José, from La Zubia, Granada, whose house influence interesting causes for the accumulation of orgone:

A) His house is located on an area of crystallized minerals (quartz, talc, various ferric, etc.), with aquifers not very close (they produce bions but do not cause geopathies).

B) It has several pyramids and many minerals, especially from the quartz family.

José has a camera of those -very rare- that captures bions with hexagonal shape. It's not that ORBs have that shape, but the camera has some property that distorts the image. There are other cameras (especially some Leduc) that capture them octagonally.

We had the opportunity to take a lot of photos at the same time, so it was almost the same scenario and results, but while my photos show them round, his showed them hexagonal.