Biomagnetic pair therapy was developed by doctors in Russia between 1950 and 1965. Then by strategic filtration, the information arrived to Cuba, and finally, several doctors around the world began to use it, with interesting successes in various pathologies.

This therapeutic modality of biomagnetism based on a scientific fact discovered by Dr. Mijail Groschenko in 1936, deals with the systems in equilibrium in the magnetic fields of all bodies in space, whether living organisms or simple objects. His research interested many people in his time, and as his mother was German and wealthy, he had the opportunity to decide where he wanted to live. He chose to go to Berlin, where his wisdom as a doctor, wasn't the only thing for what he was appreciated, but also his discoveries in physics, a discipline he loved as much as medicine. A laboratory of the state provided him with the resources to continue his work, part of such work lost in 1945 as a result of the taking of Berlin by Allied troops. Groschenko was taken to Russia as a prisoner, their contacts in the West never knew more about him, but many German doctors exiled in Argentina and Chile continued as they could their investigative work. This issue was important not only because of its involvement in medicine but also in matters of physics, energy, water purification and desalination, etc.

In Argentina, Chile, Paraguay and Uruguay, called magnetotherapy, leading to the creation of magnetic bracelets that achieved good results in the treatment of rheumatism and other chronic and degenerative ailments. The solution to the problem wasn't guaranteed in all cases. Still, they were the best palliative for about thirty years, between 1960 and 1990. Until an international corporation bought the rights of the factory in Buenos Aires and made it disappear, by promoting and developing a few hundred thousand of those bracelets, but "modified," so they didn't work like the real ones and its use became discouraged entirely. The reason is that a sick person who never recovers issues more money than one that does.

On the other hand, the Russians didn't fall asleep. Although magnetotherapy wasn't applied as massively as desirable, al least didn't have persecution of any kind. But the State didn't promote it much, or there were not enough doctors to disseminate it or advance further on what was achieved by Dr. Groschenko internationally. However, Cubans received a lot of information about it and launched the corresponding research protocols in several hospitals.

Then the Biomagnetic Pair Therapy was rediscovered and widespread in several countries by the Mexican Dr. Isaac Goiz since 1990, possibly with some improvements but surviving as all "alternative" against the multinational pharmacopeia market, a series of complaints and denotations by the medical collective itself, by irresponsible agitators and false skeptics. But the important thing is that the therapy works if applied correctly, not only to treat multiple ailments but also to make precise diagnoses, and preventing diseases in a developing and asymptomatic state.

However, although it doesn't have undesirable effects when the doctor is properly trained, it can't be easily used by a private individual, or by a therapist without a complete training in medicine and specialization in magnet therapy. On the other hand, when Cuban doctors began using pyramids in 1984, with Dr. Ulises Sosa Salinas as a pioneer, they were discovering very similar effects between biomagnetic pair therapy and pyramid therapy. They didn't receive the information from Dr. Goiz, but directly from the studies conducted by Groschenko in Germany and continued in Russia.

In 2009, by contacting Russian doctors who use pyramids, despite asking us for special reservations about their data, we were able to verify once again that biomagnetic pair and pyramids are something closely related. Reviewing the information contained in several DVDs they gave us shortly before on our trip to Cuba, we found that the Biomagnetic Pair theory is nothing more nor less than what we call in pyramidology "Magnetic Resonance." To explain the phenomenon and repercussions it would be necessary to write a whole book, but we synthesize it here:

The pyramid produces an integral effect of Biomagnetic Pair and at all levels (organic, cellular, molecular, atomic and quantum) under a constant of half Gauss, given by the terrestrial magnetic field, harmonically, without side effects or risks, using the right materials. 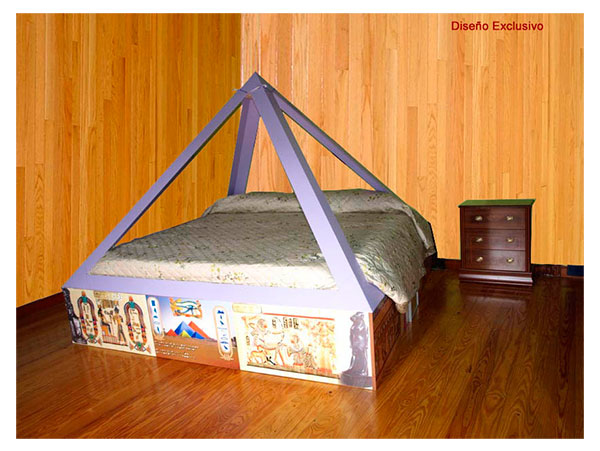 When we talk about Magnetic Resonance, we are logically referring not only to the magnetic pareo but to a concatenation of effects that occur in a well-constructed and oriented pyramid with the Earth's magnetic field, since there is a "Magnetic Sympathy of Form" (SIMAFO), which mainly affects water and without prejudice to other molecular structures, and in proper resonance of 440 Hz average of the earth's field, in tune with the materials used.

Other factors, apparently product of magnetic pareo, is that infectious bacteria can't thrive, and nothing rots in a pyramid. The Pyramidal Effect is a concatenation of various causes and effects simultaneously. Everything is paired magnetically; To verify that, it's enough to forget the compass with which it was oriented, and after a few days, the compass will no longer work, because it works by "imbalance," because one tip is magnetized and the other is not. Living organisms become susceptible to all kinds of diseases when they have magnetic imbalances.

Sleeping or living in a pyramid, or even in the use of antipyramid that many doctors and therapists apply, involves performing a magnetic pair, which will be more integral, smooth and constant when treated inside, or faster but temporary when applied Smaller pyramids locally. It's also possible and compatible to perform biomagnetic pair therapy and pyramid therapy, but not at the same time, nor having the magnets near the pyramids, since the powerful magnets interfere with the pyramid field. However, someone who sleeps in a pyramid will hardly need a biomagnetic pair therapy since his / her body will be perfectly paired, magnetically balanced at all levels. Also important concerning the alkalization of blood in the pyramid. It's not that a person who uses pyramids can't have episodes of heartburn, due to inadequate eating or specific intolerances, but that's very different from having acidic blood. To demonstrate this is as simple as doing a blood test and comparing the samples with those who don't use pyramids to sleep or live.